Although it took quite a long time to deliver this update; we know it’ll be important for the future development of other functionalities, which will be delivered in the upcoming months.

We have also extended our video tutorials library. You and your colleagues can use EasyCargo in up to 9 languages now. Watch the tutorial videos in English, Spanish, German, Portuguese, French, Polish, Hungarian, Finnish, and Czech. 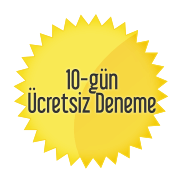